Are you tired of the same ol’ boring posts on Facebook and Twitter for businesses? It all seems redundant and extremely simple. It’s time to step outside the box for 2012 and do something that is going to actually gain some interest in your fans and followers. It really breaks down to these two words: BE PERSONABLE! Yeah, yeah, yeah, we know you’ve heard that a million times from every social media “guru” on the face of the planet. But are you actually implementing it and listening to their advice?

Here at Apex we’re not saying that we haven’t fallen in to this trap in the past and been victim to not following our own advice. That being said, we are turning over a new leaf for 2012 and engaging, and sharing content in a more personable way. Sure, it seems pretty easy right? Just throw up some pictures and write a few posts showing off your office or related office events… Most of you probably do that already.

1. Posting At Odd Times
How many businesses do you know that post content after 10:00 PM in the evening? Probably slim to none given that most businesses are the normal 9 to 5 operation. What does this mean? It means get out there and start posting in the evening at times when no one else it. We’re not saying post 24/7 around the clock and drain yourself, but throw up a few in the evening here and there and see if you get some interaction from your followers.

You may benefit from this as your content is more likely to be recognized if no one else is posting at that time. Less competition is always a good thing last time we checked? Another great opportunity presented is catching that guy or girl who works long days and doesn’t get to frequent Facebook until late in the evening. They haven’t ever been exposed to your content in the past since you never post at times that capture them. It’s worth a shot here!

2. Mix Up Your Post Tactics
Even if you strive to post diverse content, the average Facebook page is full of posts that look, feel, and smell the same. Each post has several lines of copy asking you to either: A. Visit the embedded link, or B. express their opinions on a certain subject. Each post uses a lot of exclamation points begging for attention and for you to donate your time and thoughts!

If each post you throw up looks the same, people eventually aren’t going to pay attention, nor care what you have to say anymore. They are going to fall off the face of the earth rather than read your next post as none in the past have been of interest to them. Or maybe, they have spent too much time commenting on them in the past and they are just tired of it.

It’s time to throw up some pictures that REALLY stand out in the news feed. Use bright colors, close-ups of human faces, and images that stir up emotion. Start using extremely short posts instead of your usual 3 or 4 lines. Ask questions that require people to fill in the blank or describe something in just one word. Content that people can interact with on a very short playing field without much thought is key! You’re not just competing with other businesses here; you’re competing against people and their favorite games, pets, teachers, athletes, friends, etc.

3. Stop Self-Editing
People always say “be yourself” and “be transparent” in social media, but very few people walk the walk when it comes down to it. Are you a little sarcastic? Or maybe even a little snarky? Let that show in your posts. While not every post may be ideal to show your true colors, it’s a great way to be personable because you’re being real with people. Especially if people know who / how you are in real life, it’s easier for them to respond if they feel like it’s YOU. Granted, you need to watch yourself and NOT cross the line, but all we’re saying is open up a little bit. The more relaxed you are while posting, the better your results will be.

4. Go Places Your Competitors AREN’T
Instead of hammering out the same ol’ routines and places your competitors are, think outside the box a little bit and join some forums, or focus groups that maybe differentiate yourself from your direct competition.

While this sounds like a difficult task, it’s really not. There are forums out there these days for just about every topic you can imagine. How many of your competitors actively participate in one of those online chat groups? Probably not too many, this is why it’s a great tool for you to jump on board with. Sure, you may not succeed at it, but at least you’re giving it a shot where your competition isn’t.

5. Narrow Down Your Content Focus
Social media can support a number of different business functions. Too often, we try to focus on all of them and end up with mediocre results in every area.
Snickers is a great example of doing it differently. You might expect their Facebook page to be full of contests, promotions, branded partnerships, and other initiatives to achieve every objective they possibly can.

Instead, their page is filled with clever one-liners and snarky statements that fit their brand and support other initiatives in a subtle way. In simple terms, their page is interesting and gets their community of nearly 3,000,000 fans talking.

6. Whip Up Content For Sharing
Getting people to talk about you or your content to their friends and family is what social media is all about. When you’re writing that next piece of content, make sure to write it specifically to be shared, re-posted, and re-tweeted. Be sure to keep those tweets under 120 characters so they can easily be re-tweeted and fit within the post box. Create a get-well graphic and ask your fans to share it with a friend or family member who is ill. And lastly, make sure to include a call-to-action in your very best content to increase the amount of shares you receive.

On Facebook, there’s even more reason to provide shareable content: Facebook’s Edgerank (the algorithm that determines what people see in the news feed) prioritizes shares higher than anything else, including comments, likes, or clicks. If a post is shared by lots of people, it has the potential to extend your reach exponentially.

That bottom line here is to take a few risks, heck who knows, it may land you in the driver’s seat to be the next “BIG THING.” Try and analyze your competition and do what they AREN’T doing and head in the opposite direction.

Apex Advertising is full service advertising and design agency specializing mainly in the outdoor, hunting, and fishing industries. Regardless of the industry, we have the tools and solutions to make your business a success. Contact us today for a free quote. 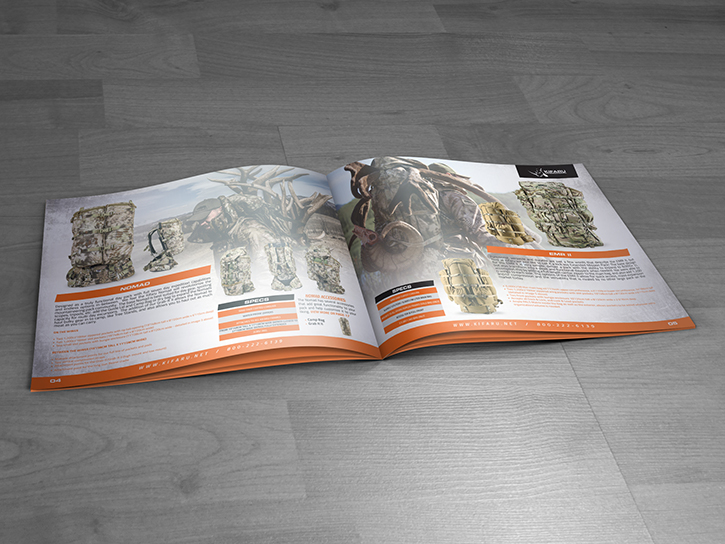 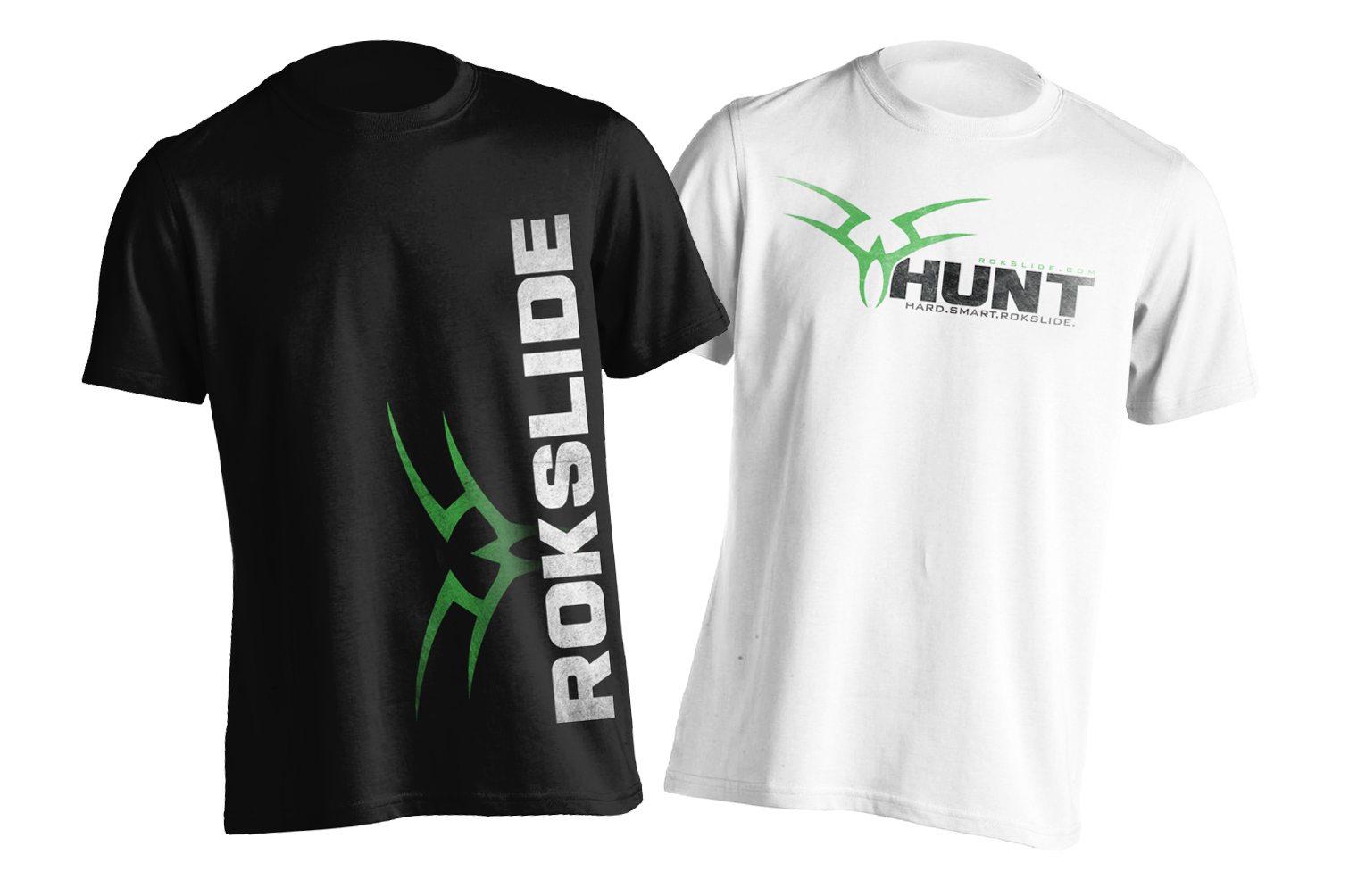